Unity dash is suppose to resemble the functionality and appearence of a dasboard (as one may find in a car or a plane), but it is not entirely wrong to think of it as a menu of sorts. Something similar to the dashboard in Fig.2. should appear after clicking the dash icon. It is also possible to press the "meta/windows" key to open the dashboard. The dashboard allows the user to quickly search for documents, programs, or other items on the computer.At the bottom of the dashboard window, one may also find four tab buttons for navigation within the dashboard. 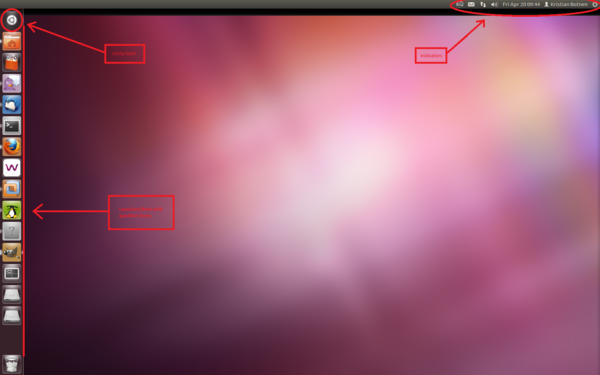 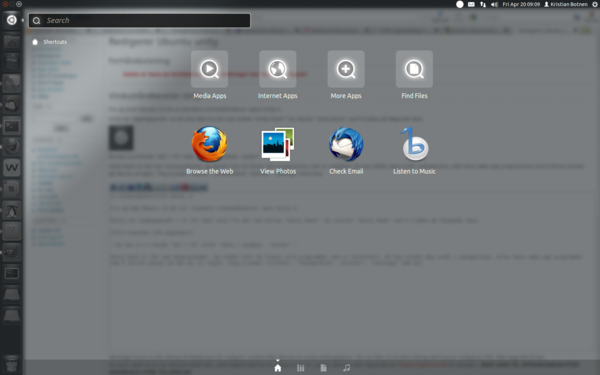 The launcher is semi-equivalent to the menubar in the windowsoperating system. It is located vertically to left on the screen, as depicted in Fig. 2.

One can either click on the icon, or press "Alt + F2" and use the terminal to open a program. After opening a program the icon associated with the program will appear on the launcher and have a white arrow marker, signifying that it is active. If there are several arrows then that means that there are several windows, associated with the program, that are open. An outer arrow on the right side will appear next to the program that is currently in use.

It is possible to customize your own launcher; this can be done by removing and adding icons to it. One can remove and add programs to the launcher by right-clicking the icon and pressing the "Keep in launcher" option to either remove or keep the icon. The 'right-click' menu that pops up is program sensitive and might look slightly different according to the program selected.

Holding down the "meta/windows" key will add numbers to the icons on the launcher; if you continue to press the number associated with an icon, then you can jump to that program. If there are several windows associated with the selected program, then they minitures of the windows will pop up and you will be allowed to select the appropriate window. Use ALT+Tab to flip through programs. 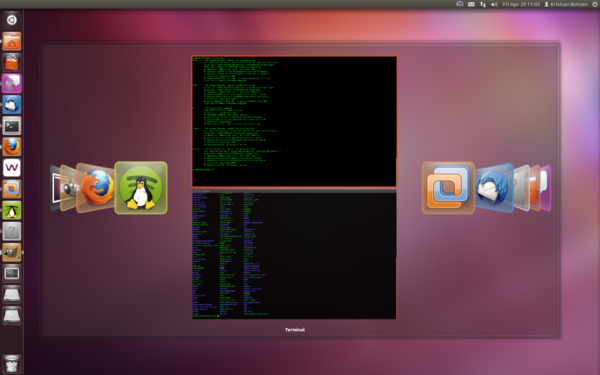 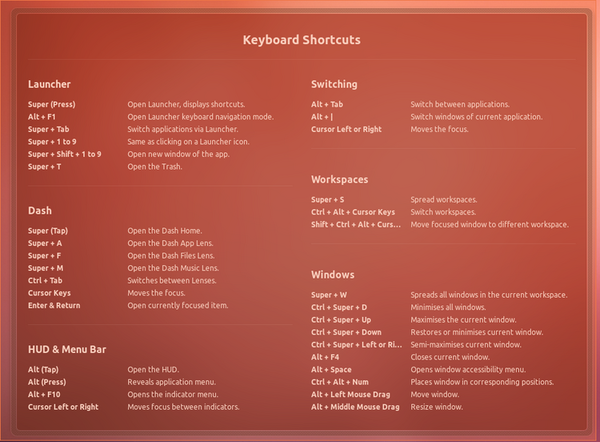